"I'm Legit" is a song by Nicki Minaj from the re-release of Minaj's second studio album Pink Friday Roman Reloaded: The Re-Up, which features guest vocals from Ciara.The song is the fifth track on the album. It was written by Onika Maraj, Ester Dean, Melvin Hough II, Rivelino Raoul Wouter, and Keith Thomas, and it was produced by Mel & Mus. It leaked online on November 16, 2012, and was released on November 19, 2012, with the whole album.

Nicki confirmed in an interview in Dubai that she will be filming a music video in 2013 for either "High School" or "I'm Legit". 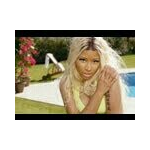